Under Armour’s basketball sneakers have come a long way.

Beginning nearly a decade ago with the debut Micro G range in 2010, it’s been a rollercoaster ride to say the least for the Baltimore brand’s hoops division. Things picked up steam in 2013 with the signing of the then-fledgling Stephen Curry, a move that ultimately paid off in a big way but hasn’t been without its hiccups, either.

“I've been with Under Armour since I was sixteen. I've been with them through all the ups and downs, I've been through it all,” said Oklahoma City guard Terrance Ferguson. “The first time I ever put on Under Armour, I felt like I was walking on brick. It was super heavy, the style was not all the way there, it was not the best looking shoe. Now, as you can see a few years later, they are super flavorful, there are so many flavors and so many different styles. The comfort level is top notch, their improvement over the years has definitely big, definitely huge.”

After some trials and tribulations, UA believes it has a winner on its hands with the Hovr Havoc, its first basketball shoe to use the Hovr cushioning first utilized on the brand’s running shoes. With Hovr tech, Under Armour has positioned itself as a serious contender among today’s industry-leading foams such as Boost and React.

To give media members a first taste of the tech in a basketball shoe, Under Armour brought a group of us out to Las Vegas to put the shoes—and our varying degrees of skill—to the test in a shootout against players including Ferguson, Dallas’ Dennis Smith Jr., Phoenix’s Josh Jackson, and Denver’s Will Barton.

For the bloggers, this was our first run in the model. Straight out of the box, the Hovr cushioning left something to be desired, yet felt promising. Unlike the tech used in the running variations, the unit in the Hovr Havoc has been encapsulated inside of a secondary carrier foam. This results in an underfoot feel that’s rather stiff at first (think more React than Boost) but ideally will soften up with more wear. Another thing that stood out was the fit. The upper is supportive without feeling sloppy, which can be a drawback of many of today’s knit-based sneakers—even more so when you’re dealing with low tops. And down low, the Hovr Havoc’s herringbone traction was solid, albeit relatively no frills.

The pros had already spent some time playing in the Hovr Havoc, particularly Smith, who rocked the kicks throughout summer league action and says he expects to stick with them throughout the regular season.

Ferguson admitted to initially having doubts about the technology's transition from the pavement to the hardwood. "I think I had the running shoes first and then they told me that they were coming out with a basketball shoe and I was like, 'I'm not sure how they are going to do that,'" he said. "But one day, [the shoes] showed up outside my locker at the facility and I put them on, started training in them, and they were my favorite."

The Hovr Havoc Low (pictured here) will be released for $105 globally on August 31 alongside the Hovr Havoc Mid for $115.

Interact with the image below to read Under Armour senior footwear designer Leon Gu's breakdown of the Hovr Havoc. 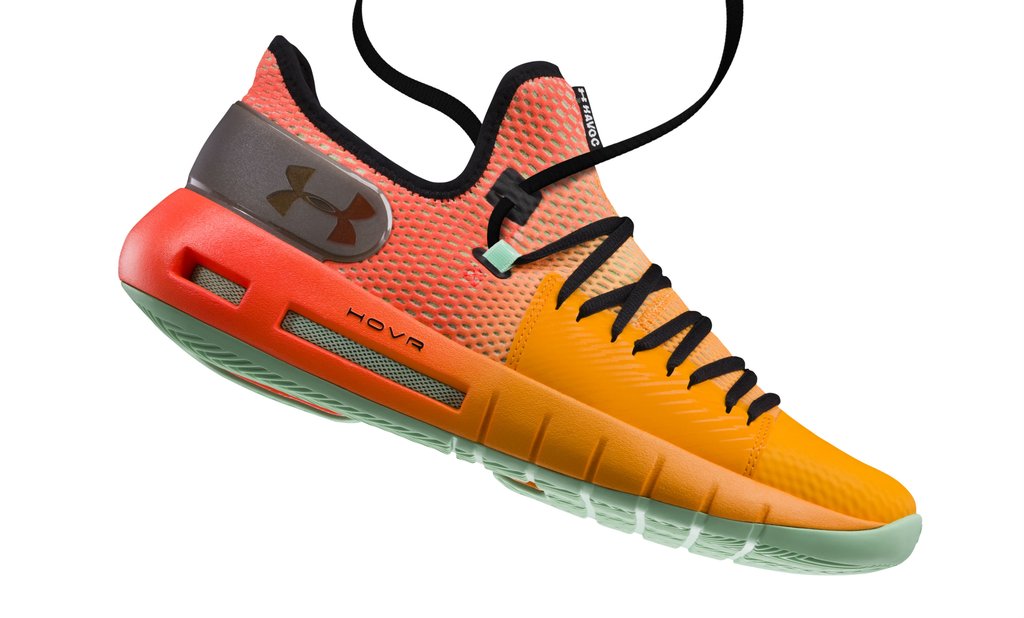