Now he does what he wants.

Making a case for the first MVP award of his career, Russell Westbrook is off to one of the hottest starts in NBA history. Through 23 games, Westbrook is averaging a triple-double, recording 30.9 points, 10.8 rebounds and 11.3 assists per game. Entering last night, he had 11 total triple-doubles this season, including triple-doubles in the Thunder's last six games. A seventh-straight triple-double would tie him with Oscar Robertson and Michael Jordan for second on the all-time consecutive triple-doubles list.

Matched up against his old friend James Harden and the Houston Rockets, Westbrook continued to fill up the stat sheet. With a rebound midway through the 4th quarter, Westbrook made it official — 27 points, 10 rebounds and 10 assists for a seventh-straight triple-double. He'll go for eight against the Boston Celtics, who have not allowed a triple-double since Jan. 2014, on Sunday.

Westbrook matched MJ and the Big O in a white and orange Player Exclusive colorway of his modified Air Jordan 31. 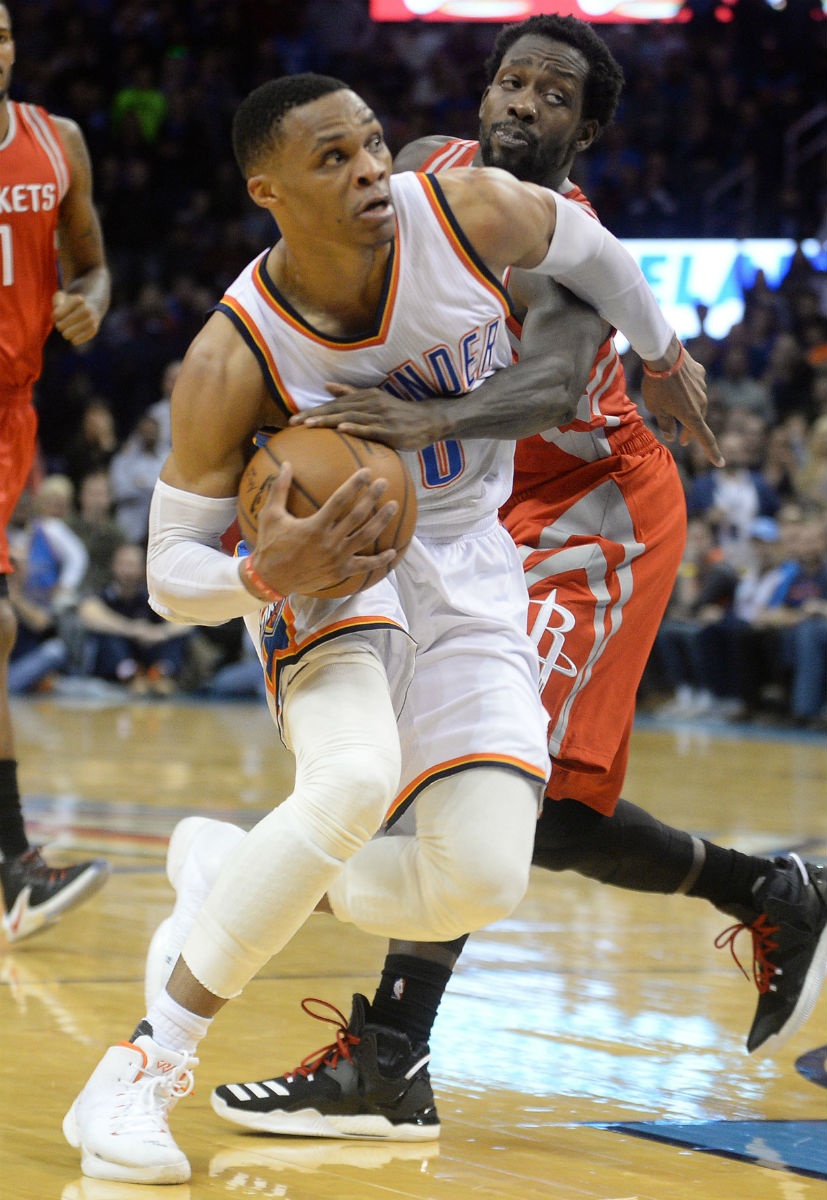