More history made at the Q.

LeBron James is still somehow a little under appreciated. He's the type of player who makes being good look so effortless that we often take what we're witnessing for granted.

James had his latest big game in a white-based Nike LeBron Soldier 10 to match the Cavs' throwback Hardwood Classics uniforms. As of now, Nike hasn't announced intentions to release the shoe. 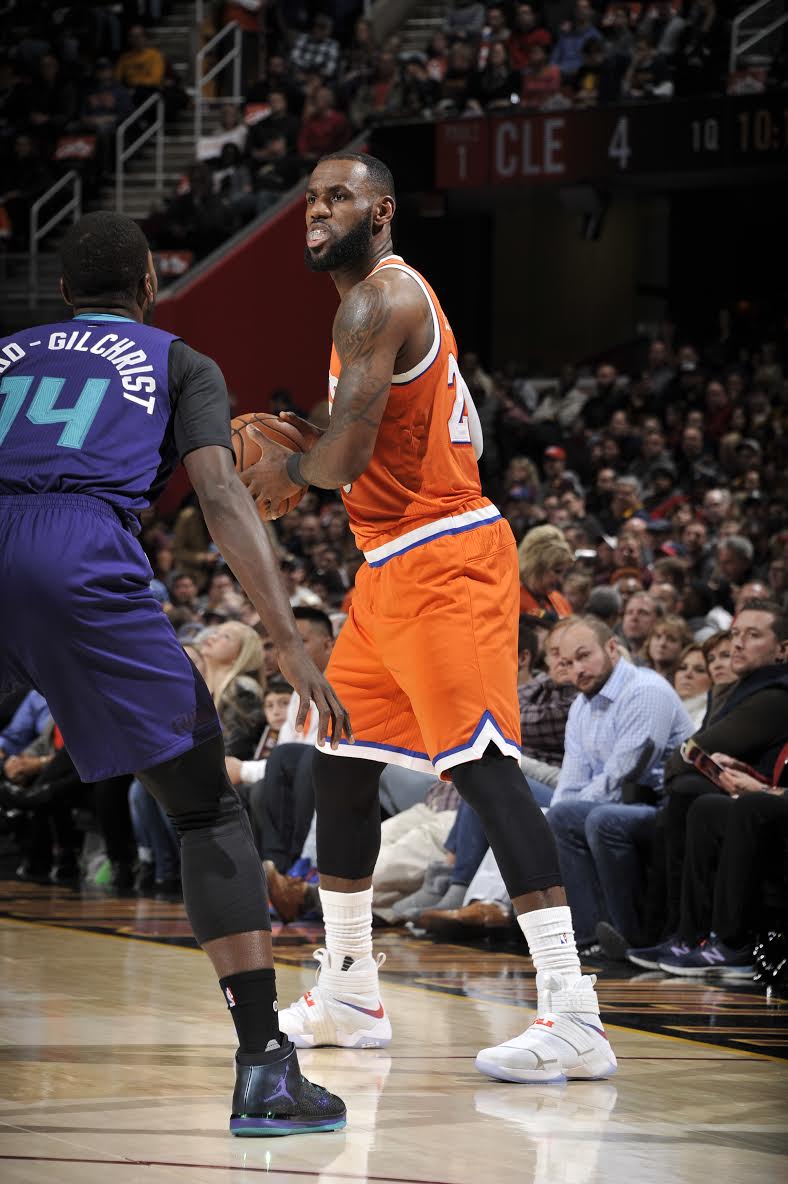