In July, news surfaced that a special version of the Air Jordan 6 would be releasing for the 2017 NBA All-Star. Surfacing today are the first photos of the sneaker, which has quickly been dubbed the Air Jordan 6 "Chameleon."

The model gets its nickname from the iridescent, color-shifting material that covers its upper. The Jordan 6 uses reflective detailing underneath the perforated parts to further the flashy aspect of this design.

If leaked release date info sticks, the Air Jordan 6 "Chameleon" should launch on Feb. 17 for $225. 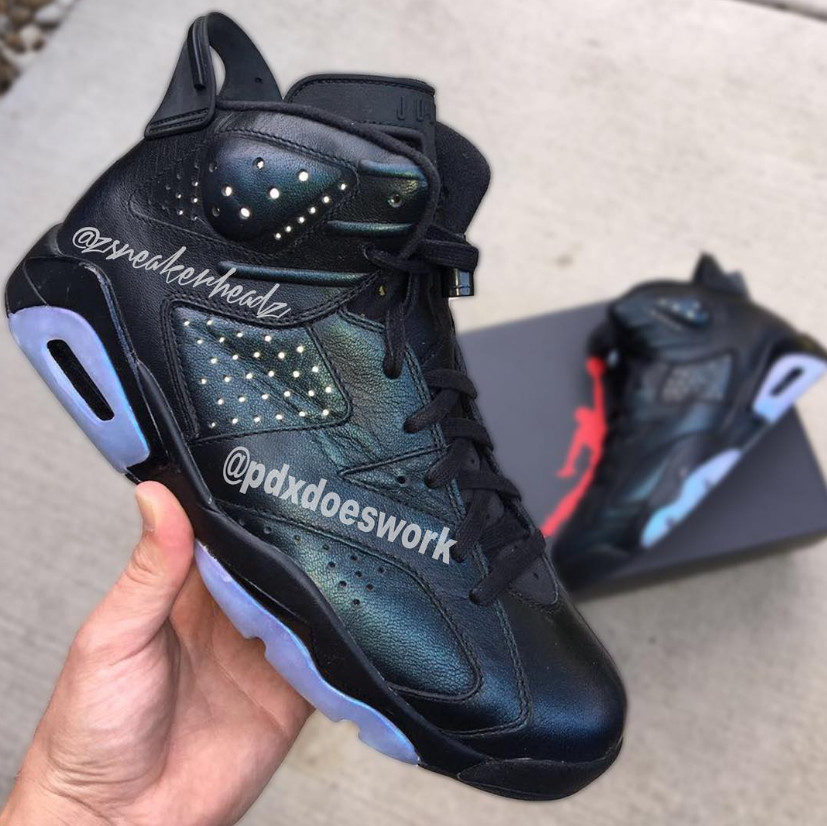