One of the rarest Air Jordan 4s is rumored to be getting an official release next year.

According to @baltsneakershow, the "Motorsports" Air Jordan 4s are slated to drop in 2017.

To bring you up to speed, this colorway was originally created in 2006 around the time of the "Mars" Jordan IV release. Like the "Mars" 4s, this pair featured an imprint of Mars Blackmon near the heel and white-based color blocking, but that's where the similarities ended.

The "Motorsports" 4s were seeded only to members of Michael Jordan's Motorsports racing team, meaning they were even rarer than your usual friends and family exclusives. The sneakers attained grail status for many collectors, and whenever they pop up, the asking prices are straight up astronomical.

Now, over a decade later, the word is that this pair will finally be made available to the public next year, although nothing is official yet.

UPDATE 12/1: A better look at the 2017 "Motorsports" Jordan 4, which is missing the Mars Blackmon logo this time around.

UPDATE 8/27: Below is what @pdxdoeswork is calling a first look at the 2017 "Motorsports" Air Jordan 4 Retro. If this is the shoe, it falls in line with the original friends & family pair, perhaps without the "Mars" logo on the heel. More on this upcoming release as new photos and bits of information surface. 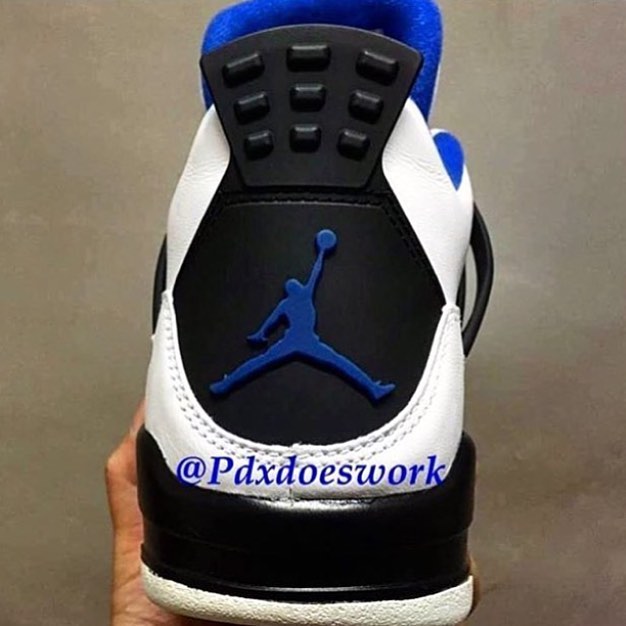