Why his latest sneaker selfies are an encouraging sign.

LeBron James has turned up the dial on teasing retros of his signature sneakers as of late, which probably means it's going to happen. Exactly when, we're not sure, but James' choice in sneakers today is a strong sign that it's going down.

Checking out Cleveland's ALCS game against the Toronto Blue Jays, James shared a few photos of his kicks, the "Superman" Nike LeBron 3 PE from 2005 — the MVP sneaker that never was. If these look particularly fresh to you, there's a reason. A closer look at the medial side reveals the updated LeBron "LJ" logo in place of the "LBJ23" logo from the originals, meaning these are newly produced.

Once again James used his #RetrosMaybeYesMaybeNo hash tag, knowing that his fans are eagerly awaiting a second chance at the classics. We may be closer than we realize. 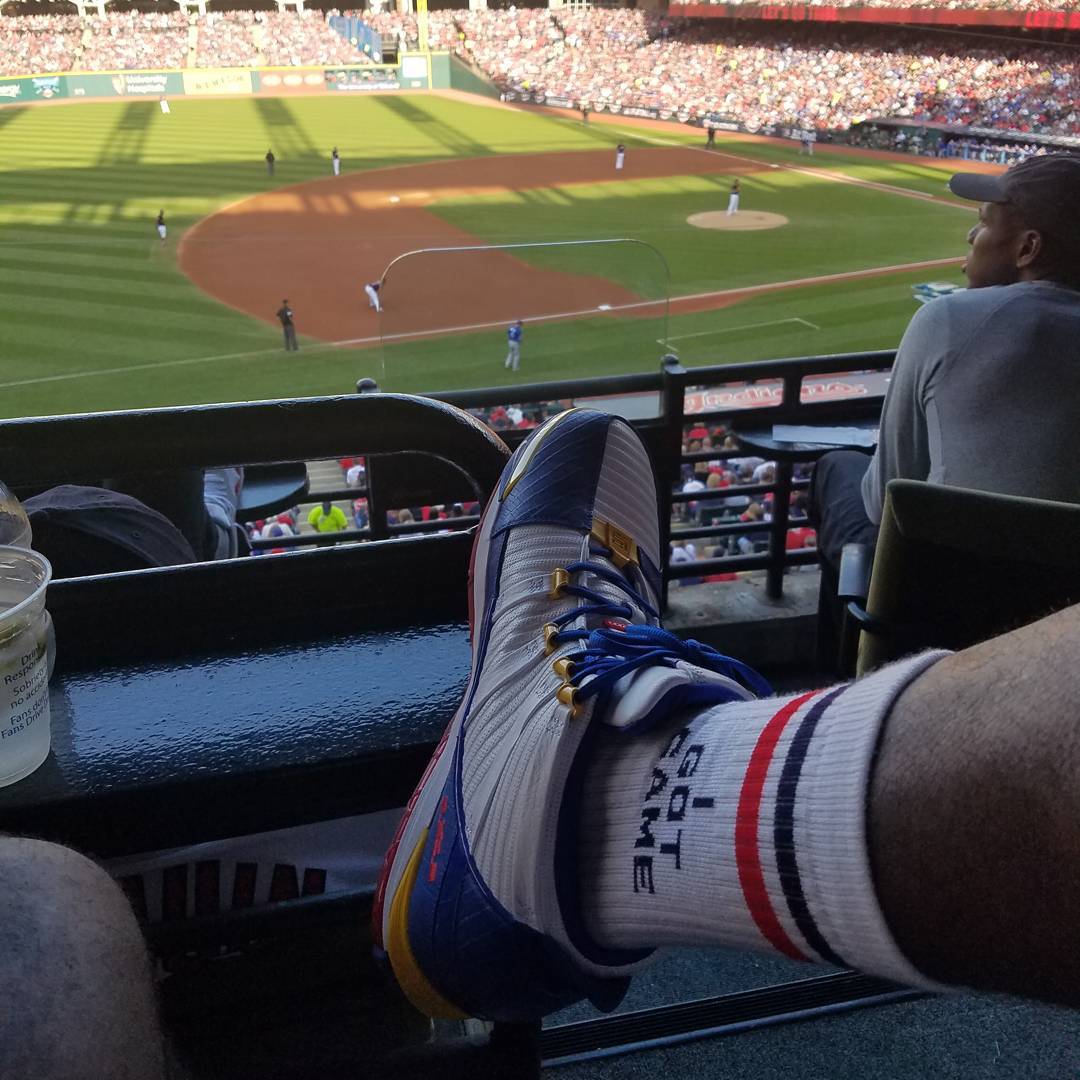