Bape Meets the Air Jordan 1 on These Custom Sneakers

The shoe follows the same blocking as the "Banned" colorway, but has been reconstructed with black and red Bape camo. Additionally, Bape stars replace Swooshes on the quarters, along with rebranding on the tongue.

These customs aren't yet available, but keep an eye on j-theripper.com for Jack's new releases. 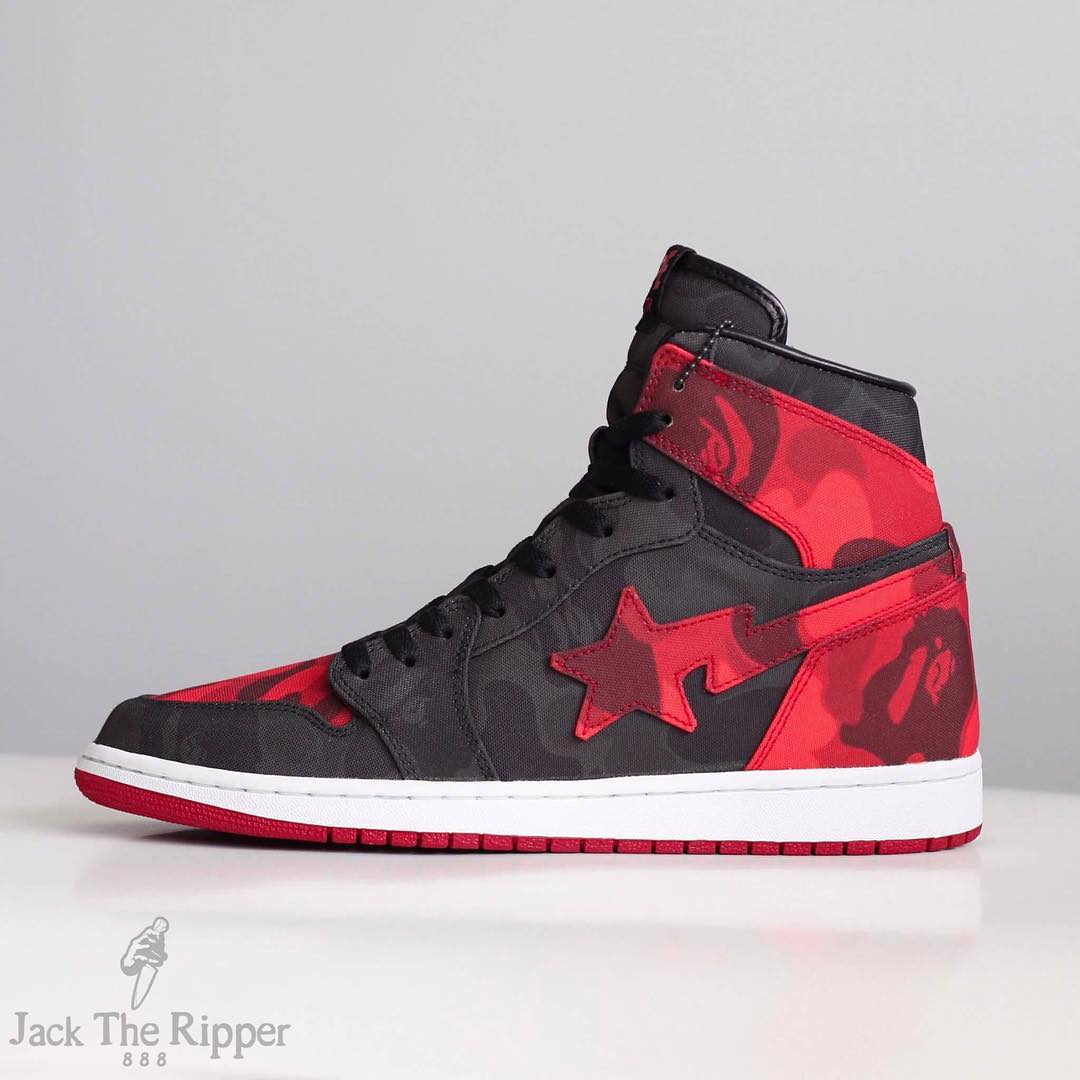 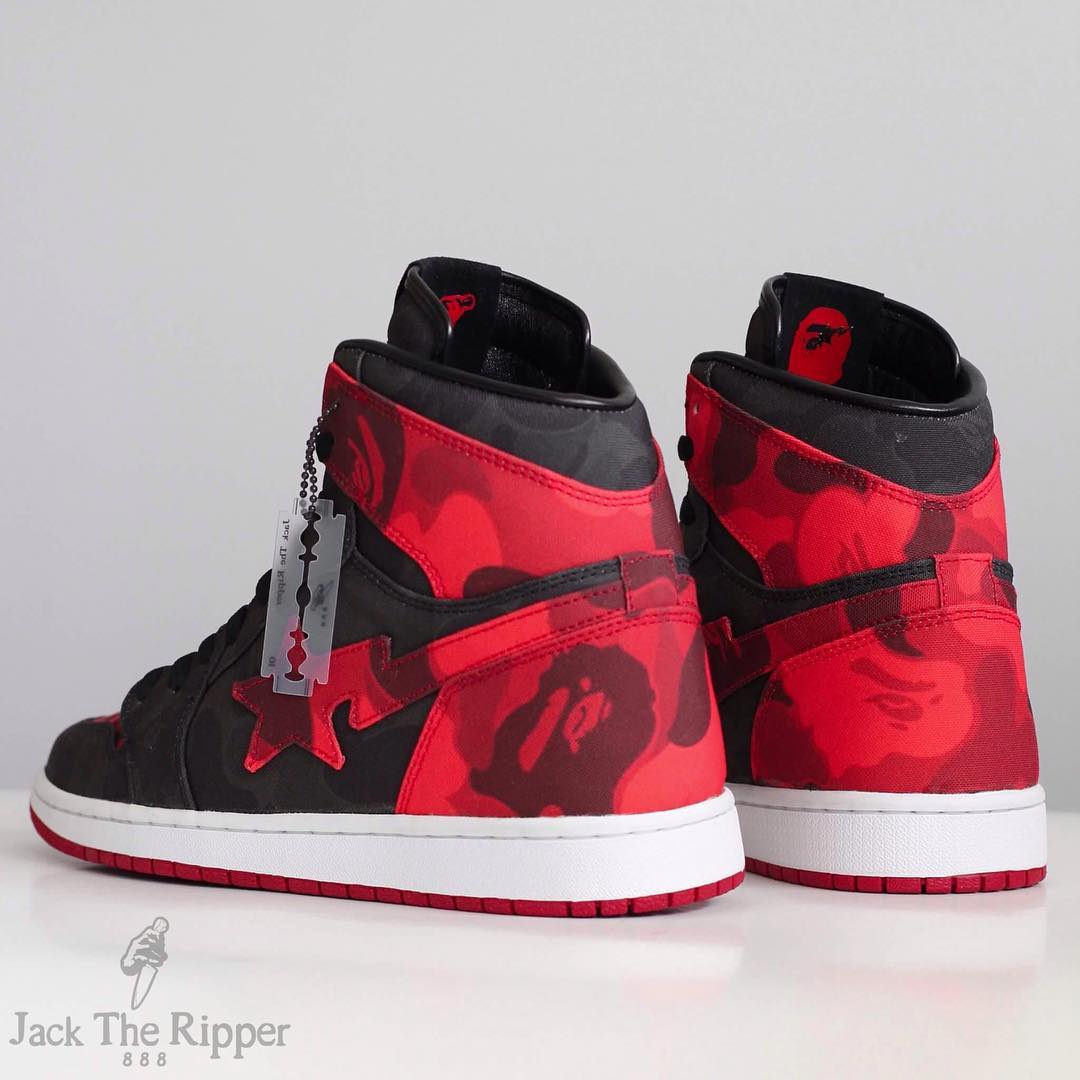