After a lengthy leg in the United States, Drake and Future returned to Canada for a few stops on the Summer Sixteen Tour last night.

While showing love to his fans in Vancouver, Drake hit the stage wearing an increasingly rare pair of Jordan retros — the "Anniversary" Air Jordan 9 from 2010. The shoes, which were produced to celebrate Jordan Brand's 25th Anniversary, now fetch $300-500 on the open market in brand new condition.

Earlier this week, it was confirmed that Drake's black "OVO" Air Jordan 12s will release in early 2017. 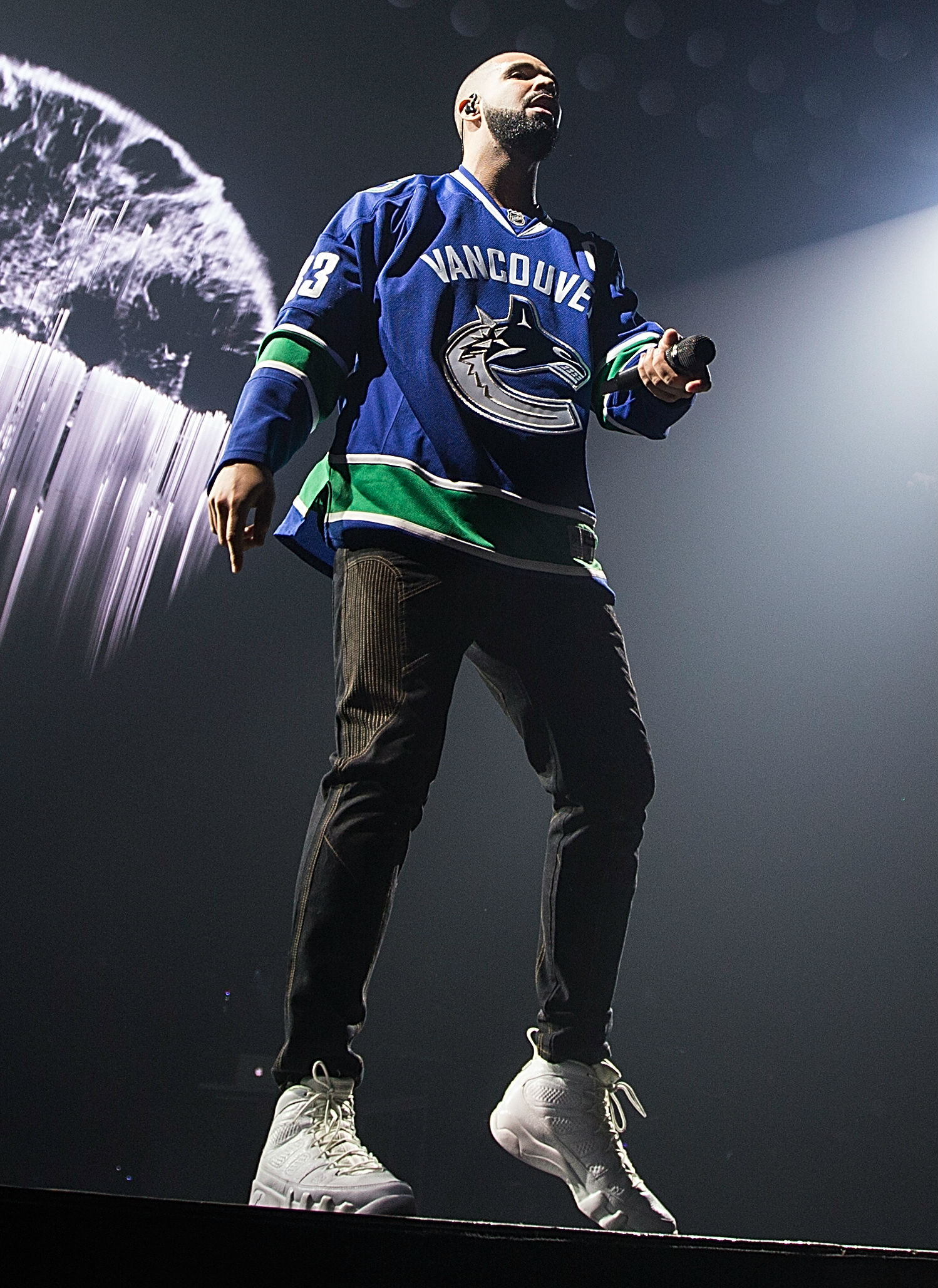