Refs Made Antonio Brown Change His Colorful Cleats at Halftime

Cleat-focused NFL fans may have noticed Pittsburgh Steelers wide receiver Antonio Brown's footwear switch-up this weekend during his game against the Eagles. It turns out that wasn't a personal decision, but one forced upon him by the league.

According to DK Pittsburgh Sports, game officials told Brown at halftime that he had to change out of his blue and yellow cleats, which don't conform to league guidelines and have resulted in fines for the receiver before, or stay in the locker room.

Per Steelers beat writer Joe Rutter, Brown himself confirmed the story on his radio show this week.

Antonio Brown confirmed on his radio show that officials made him change from his blue shoes at haltime. Reported 1st by @MarkKaboly

Below are the blue and yellow cleats Brown began the game in. 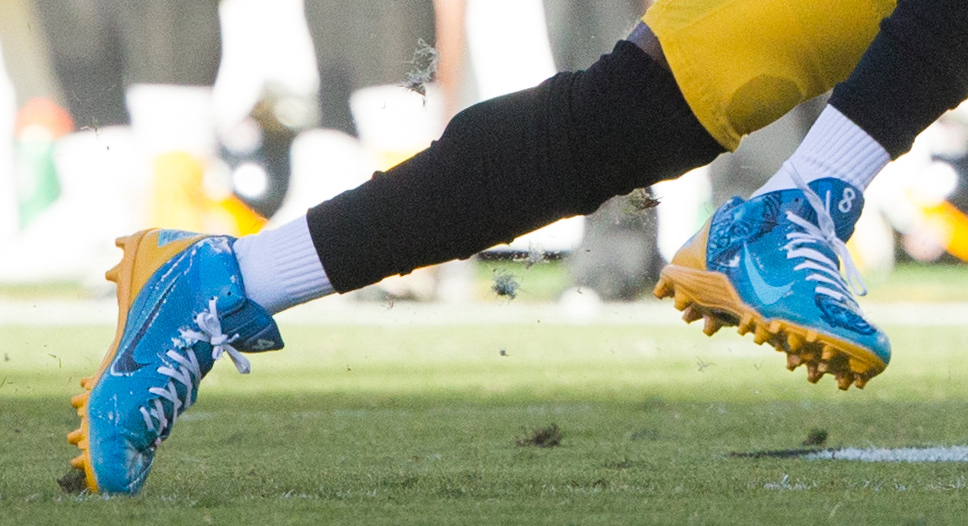