The Air Jordan 5 will continue its prolific run in 2016 with another GS version that's slated to release in September. The Jordan 5 pictured here is scheduled to release on Sep. 17.

The sneaker's colorway is not as wild as some small-size exclusives and features a black upper that looks to have the same synthetic material as the "Black/Metallic" Jordan 5 that most recently released. Along the midsole is a combination of bright red and purple that already has some attaching a "Raptors" nickname to it.

Readers can find updates on other Air Jordan 5s releasing this year here.

UPDATE 9/10: Official Nike images of the "Raptors" Air Jordan 5 Retro GS, which will arrive next Saturday. 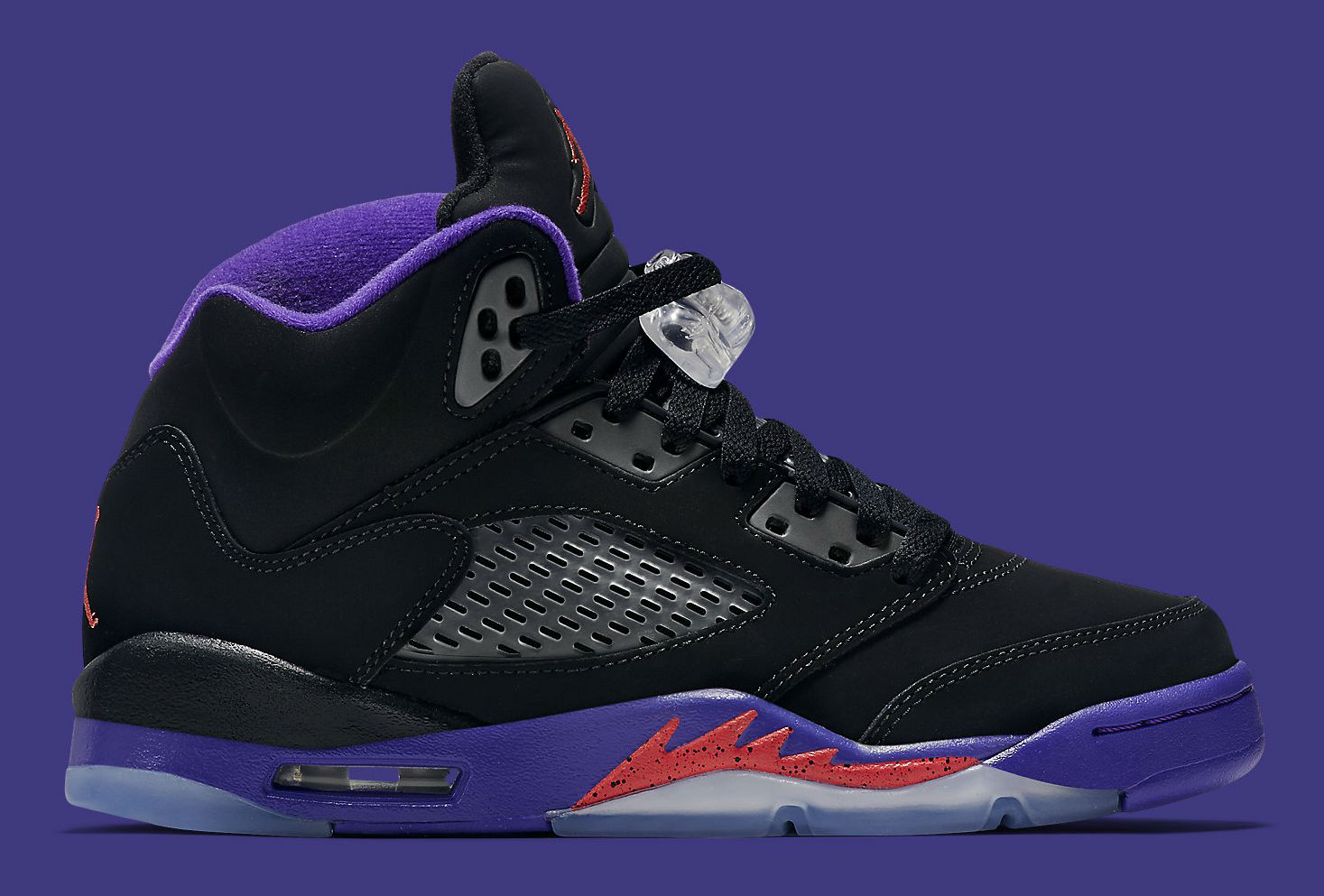 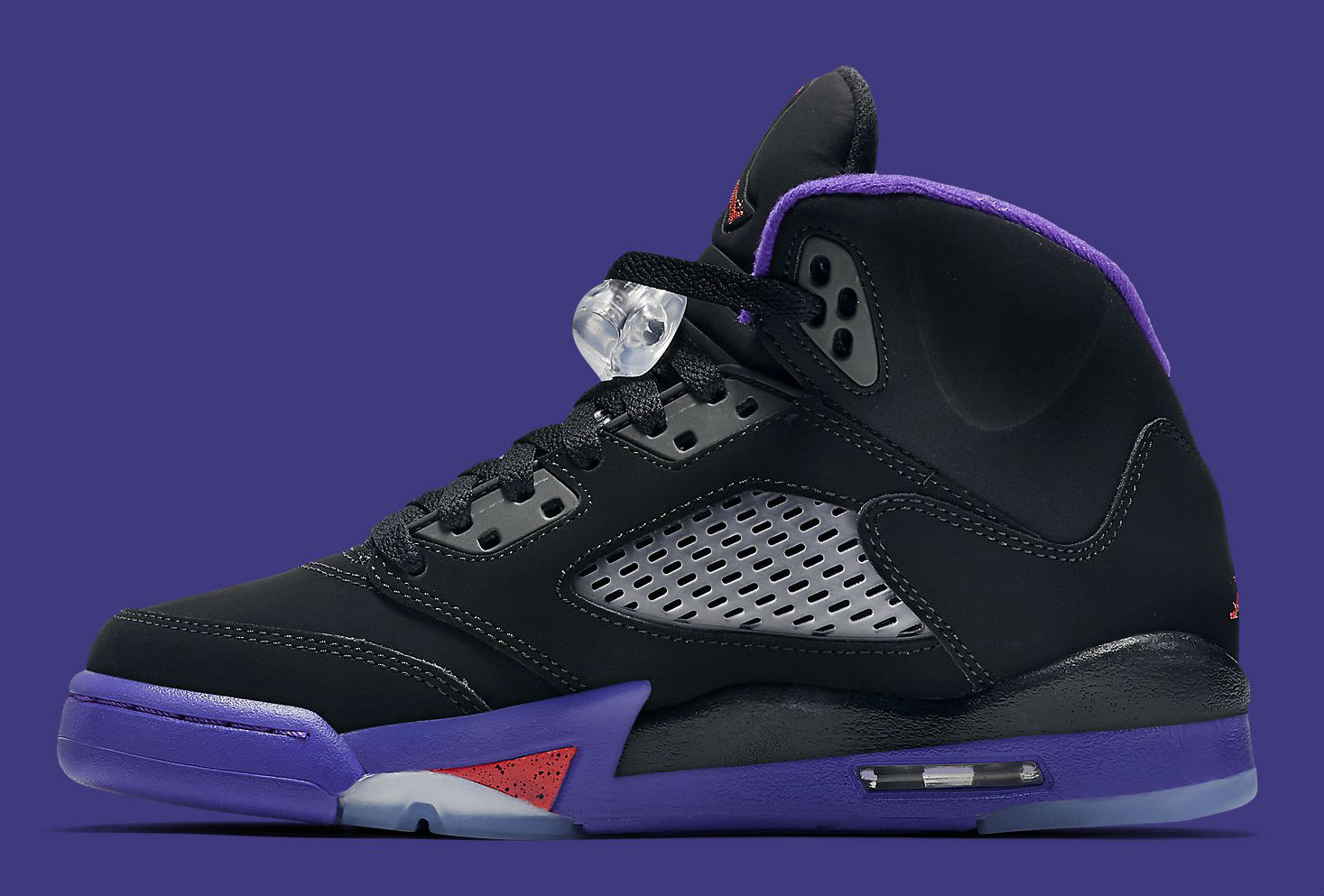 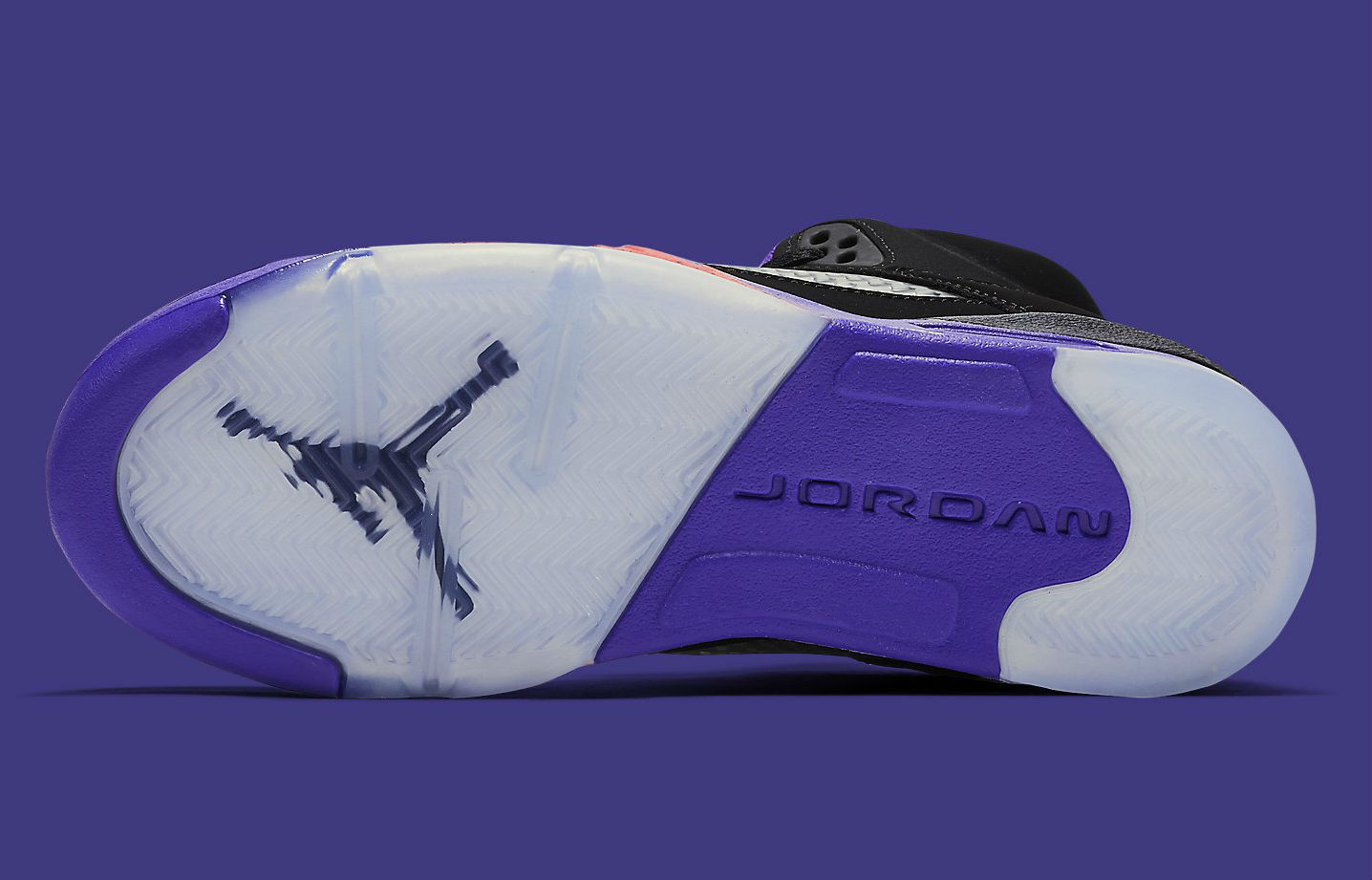 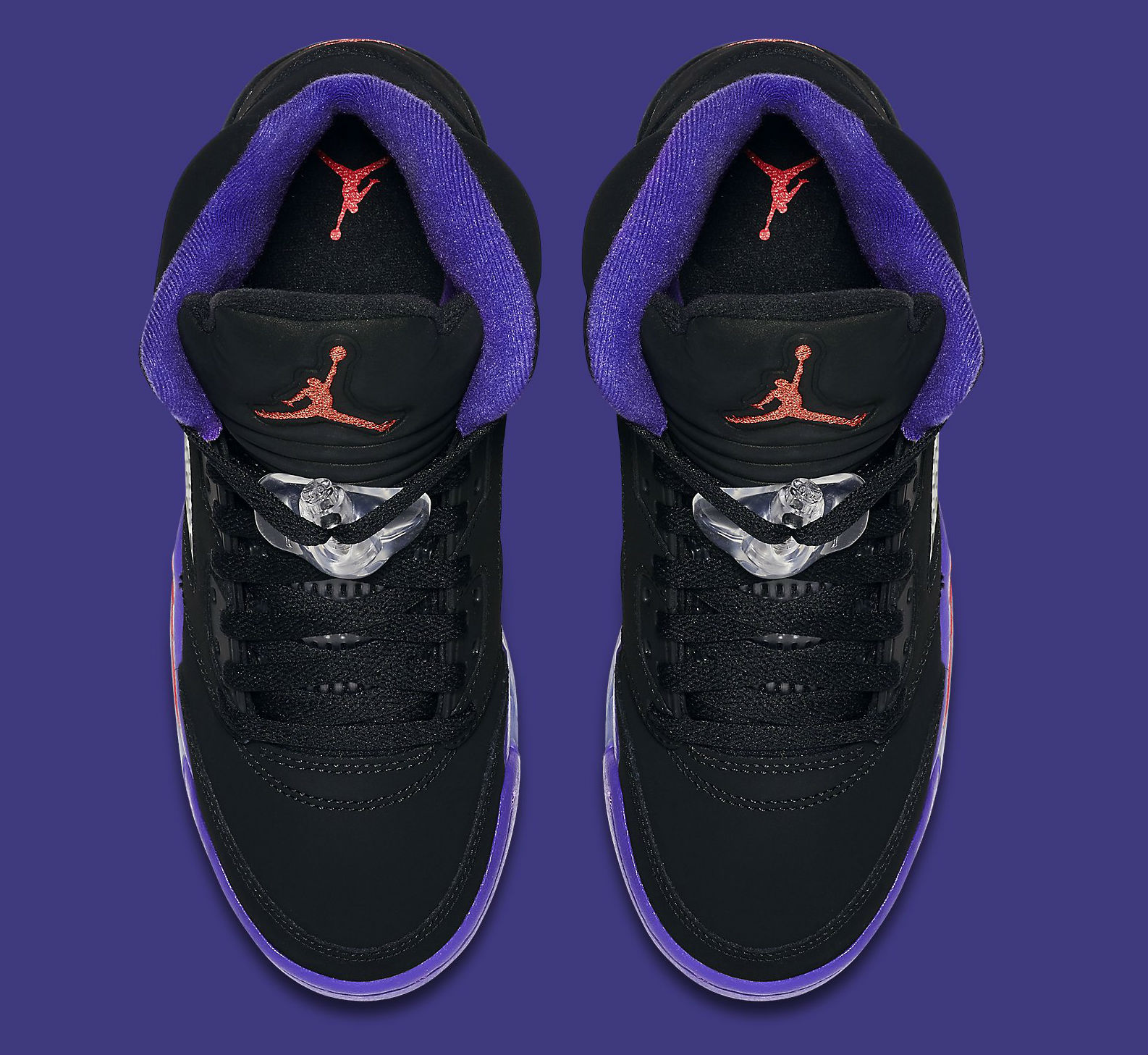 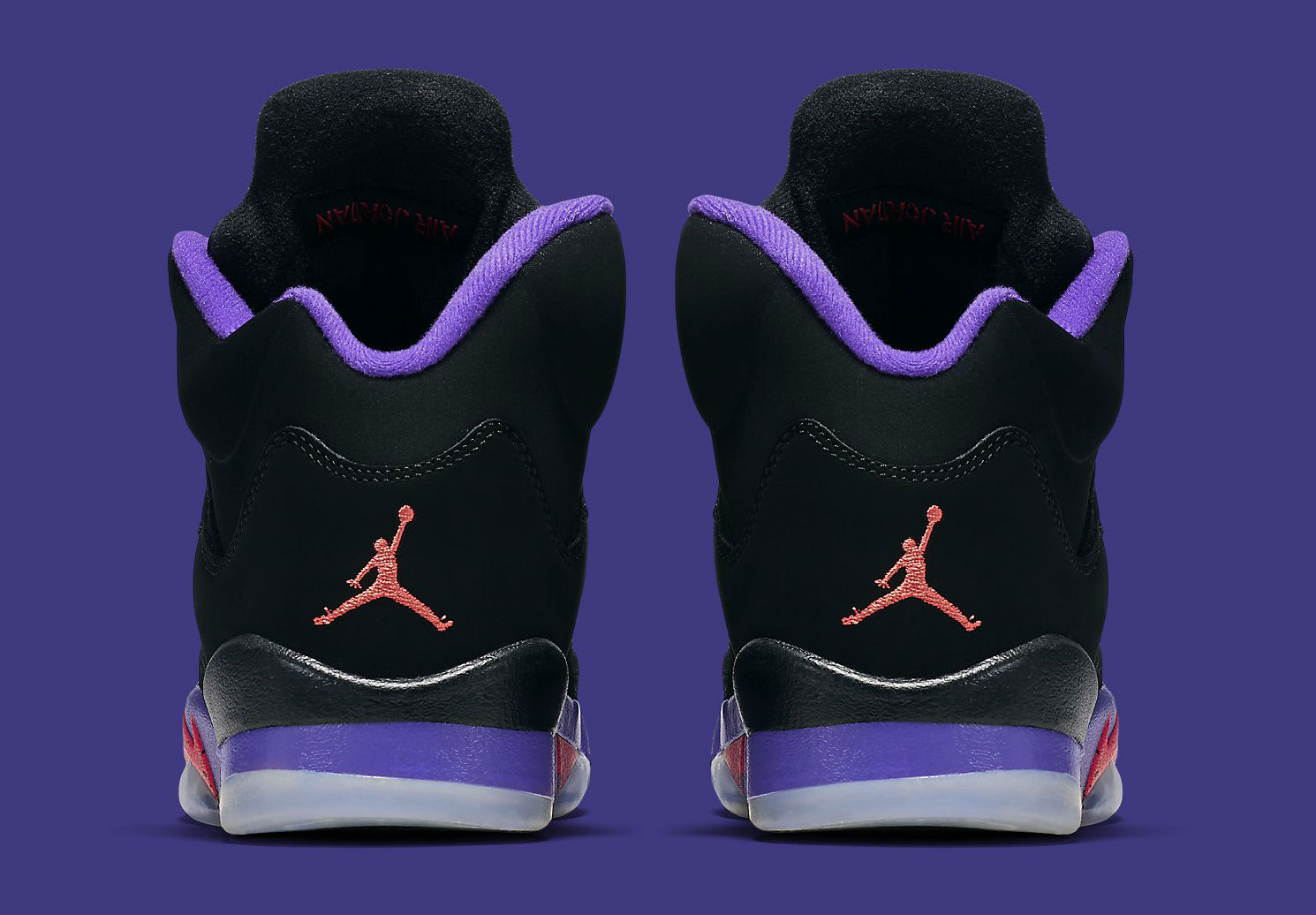 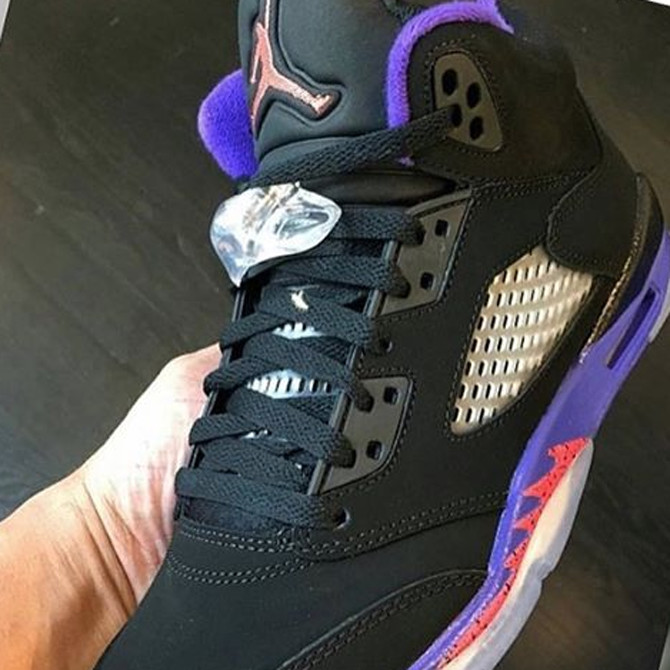