There's a Release Date for the "What The" Air Jordan 1

A major retailer confirms the "What The" Air Jordan 1 release date.

As it's been rumored for the past several months, a "What The" Air Jordan 1 will be releasing this year.

While mocked up by Photoshoppers and even produced by counterfeit sneaker manufacturers, no images of the sneakers are floating around just yet. However, the upcoming retro is expected to feature panels inspired by the most popular Air Jordan 1 colorways.

Confirming the news, Foot Locker Europe already has a landing page for the release date, which they say will go down on Nov. 28 — just after Black Friday. Whether or not that date will stick for the U.S. isn't clear, but it's a general idea of when to expect the drop either way. 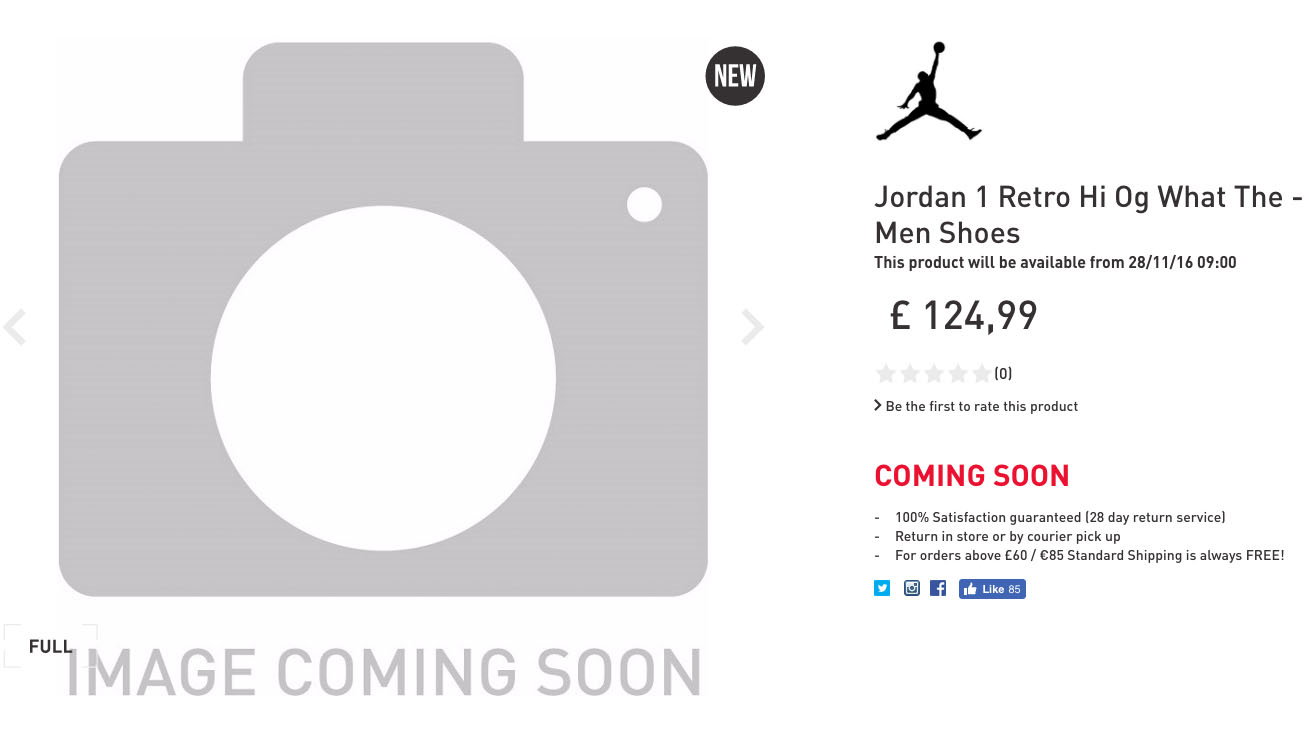