Ahead of the release of the "Tinker Alternate" Jordan 7.

It turns out the "Tinker Alternate" Air Jordan 7 isn't just some colorway recently cooked up by Jordan Brand to put a new spin on the "Olympic" Jordan 7 of old. In a new piece at Nike News, the background on this colorway is revealed.

It turns out Tinker Hatfield did indeed dream up the colorway back in the 1990s. The story goes that he presented both of the sketches below to Michael Jordan, who ended up selecting the less colorful of the two. That shoe of course went on to release in slightly different form as the "Olympic" Jordan 7. 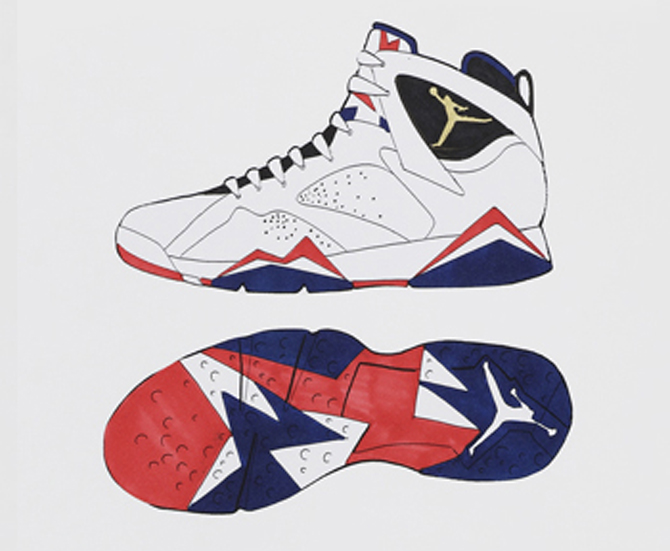 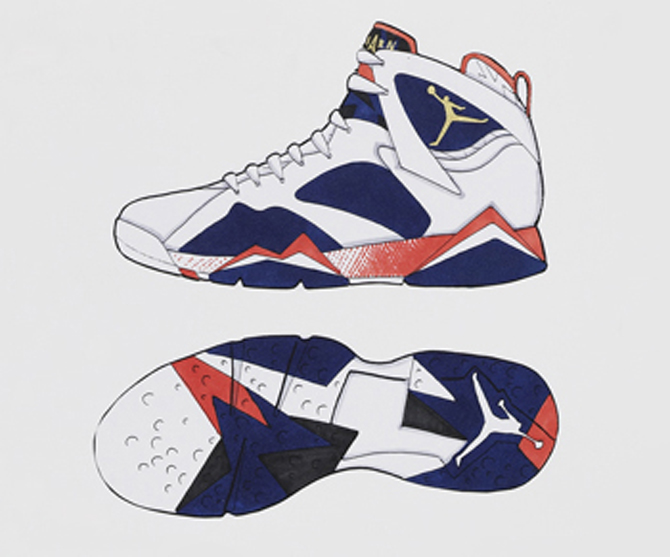 "This one was in the works for a while," Hatfield explains. "I did one that was more white based and one that was much more contrasted. My recollection is that MJ thought the contrasted one was really cool. Ultimately, I left it up to him."