Some @KingJames Nike jackets helping these guys keep warm during recovery in the cold tub! pic.twitter.com/sy7mlsVVgy

Just a week after Michigan debuted its new Jordan Brand gear and uniforms, Ohio State is flaunting its apparel deal for potential recruits.

"Do everything right and be rewarded!" said Meyer. "Shipment of new @KingJames shoes is here for the Champions of our program!"

Do everything right and be rewarded! Shipment of new @KingJames shoes is here for the Champions of our program! pic.twitter.com/0pRAzuMh52

The Jordan vs. LeBron gear war is another interesting wrinkle to college football's biggest rivalry. After signing a lifetime deal with Nike last December, it's been rumored that James will follow in the footsteps of Jordan with his very own brand under the umbrella. The reigning Finals MVP also recently admitted that chasing Jordan's ghost on the court is part of his motivation as an athlete — it appears that the same challenge lies ahead of him in sportswear. 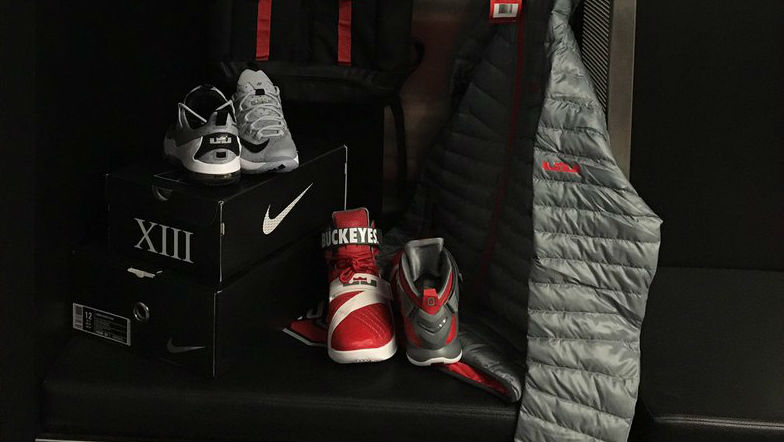