A gold-flecked colorway of the Nike LeBron Soldier 10.

The Nike LeBron Soldier 10 has had a surprising number of special colorways for being such a young shoe and a takedown model. Following up on the Championship and Olympic pairs is this, a gold-flecked design that has a celebratory feel to it.

While the relatively simple colorway almost looks like something one could create on NIKEiD, that platform doesn't offer the gold speckling seen, so it's more likely that this is an upcoming retail release.

It's unclear when exactly the pair will be in stores. There's a white/gold colorway on calendars listed as releasing on Aug. 22, so it's possible this LeBron Soldier 10 will hit then. If so, look for it to be a limited release.

UPDATE 8/18: This is indeed the "Gold Medal" LeBron Soldier 10 releasing on Aug. 22. Detailed images of the shoe appear here. 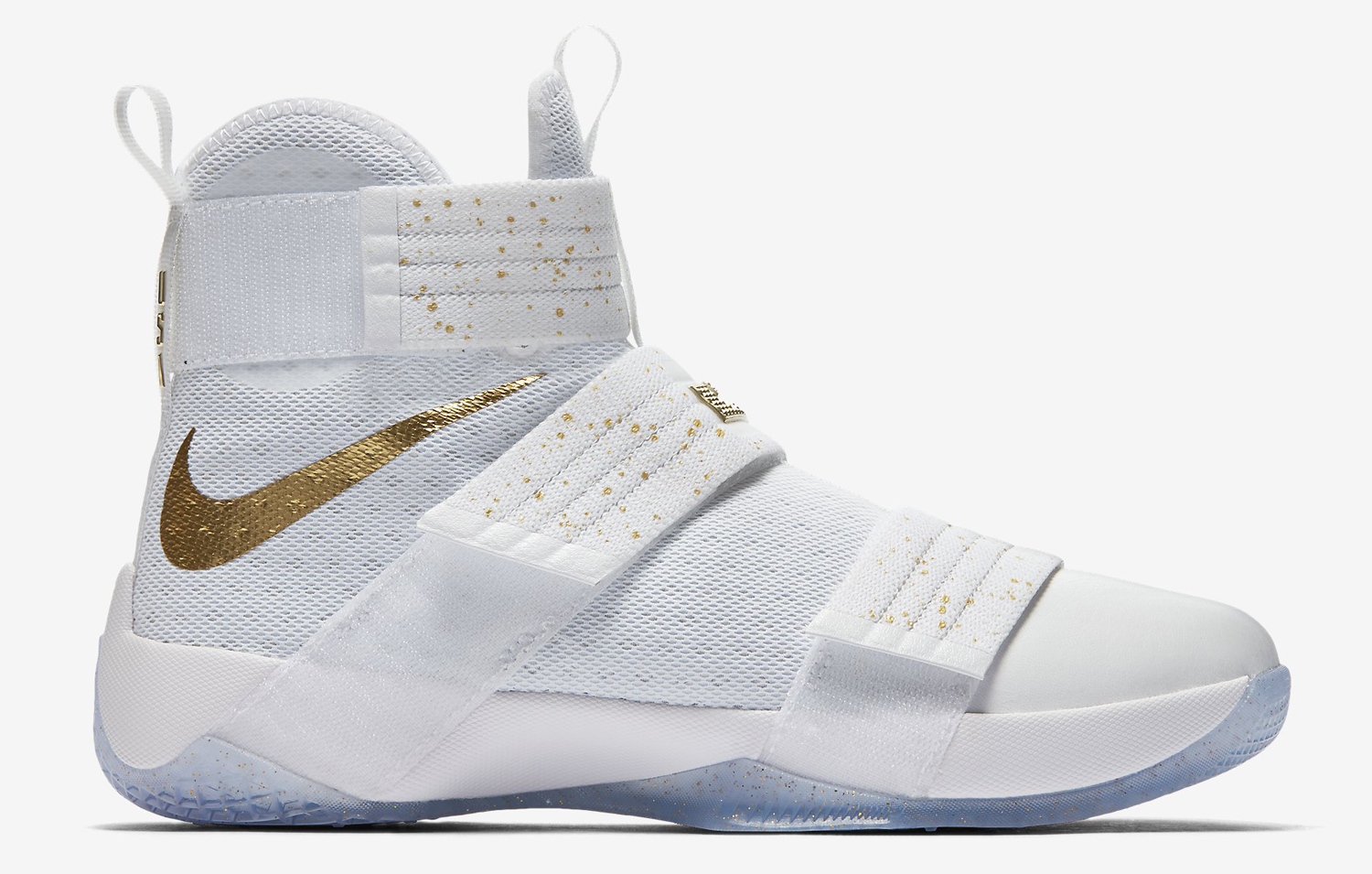 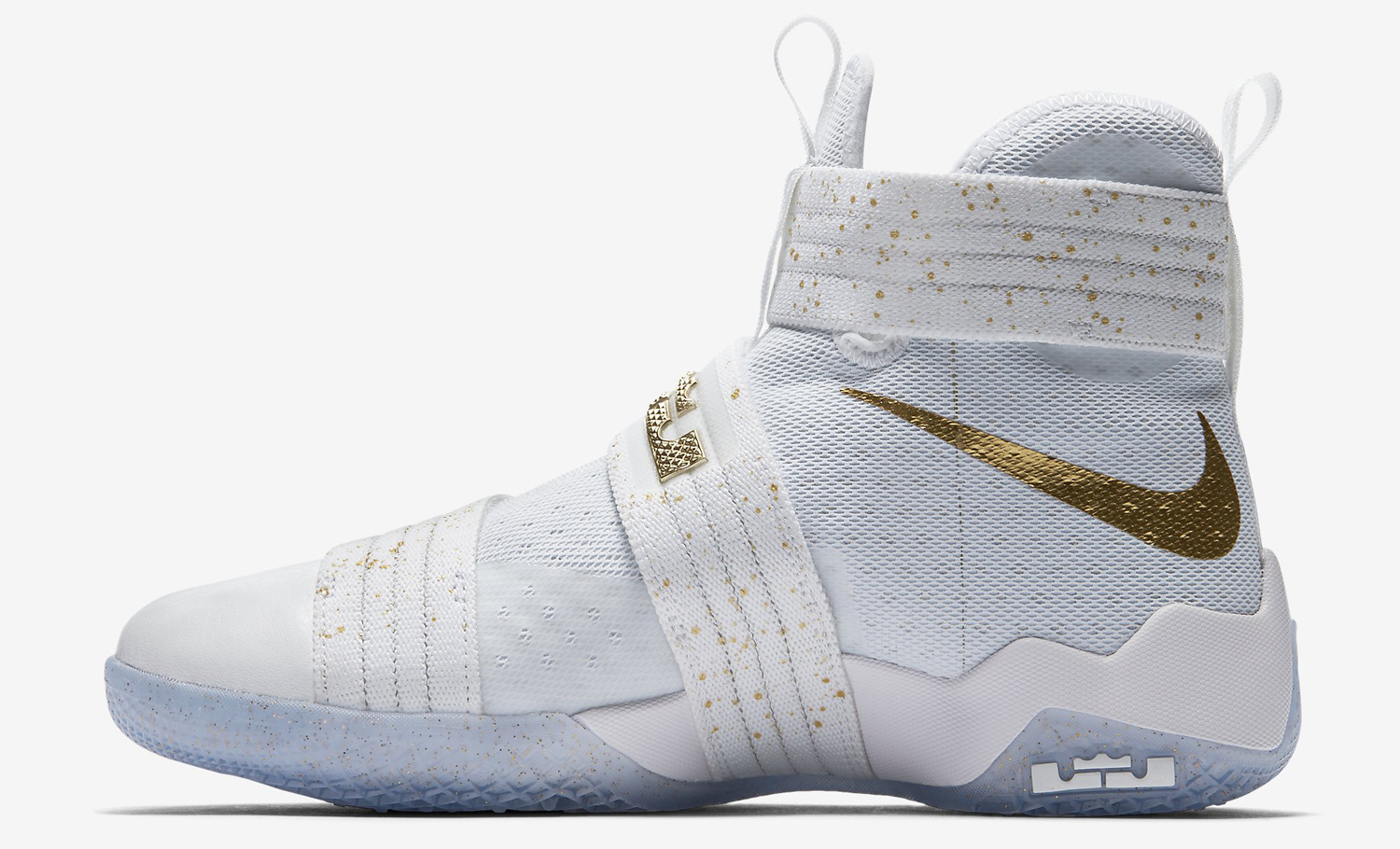 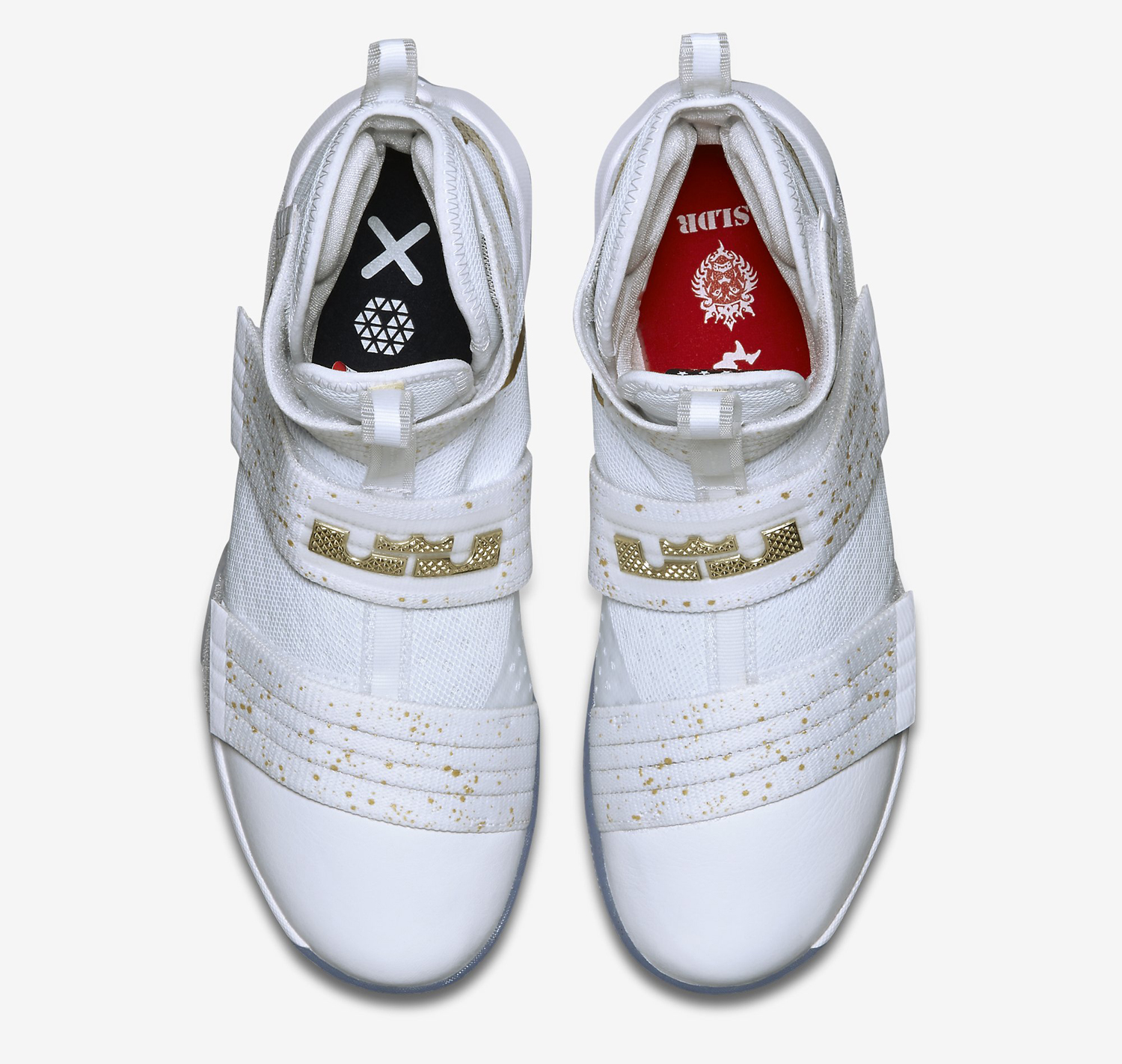 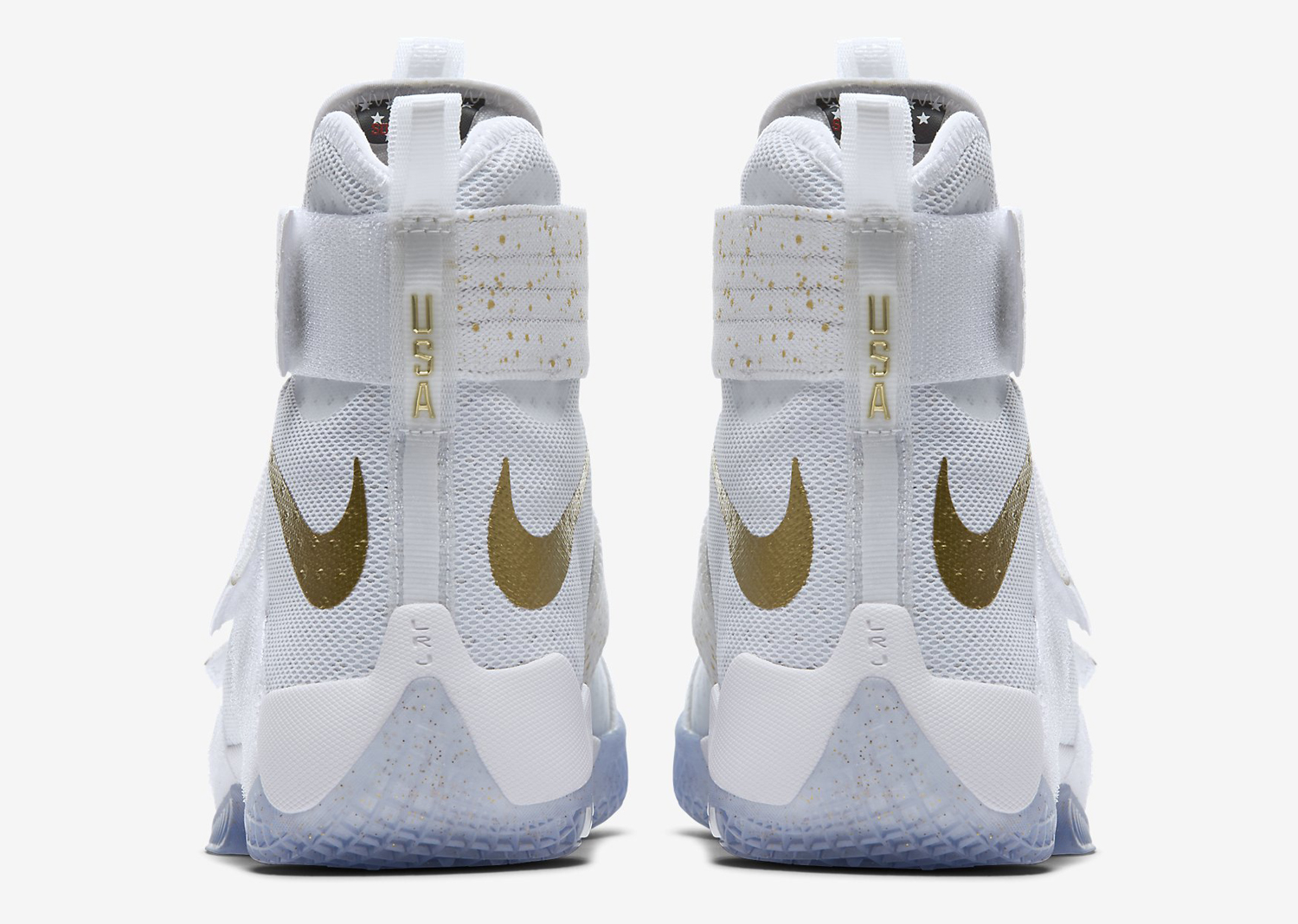 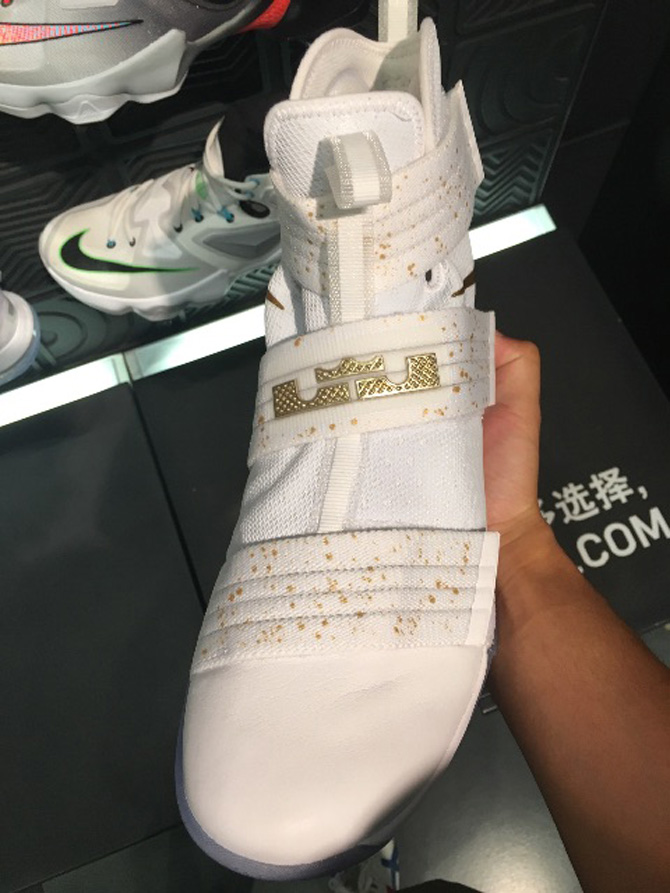