A gold Nike Air Force 1 with scales on it.

Is this another Nike shoe intended to celebrate the 2016 Rio Olympics and the medals awarded to those victorious in the Games? Perhaps, although the scaly upper sort of pulls away from those connotations and has the sneaker instead looking like a goldfish.

This is far from the shiniest Air Force 1 out there at the moment, a title that no doubt goes to the "Unlimited Glory" pairs involved in NIKEiD's Olympic lineup.

This Nike Air Force 1 Low style doesn't appear to have released at U.S. sneaker shops yet. But, the shoe is available starting on Saturday, Aug. 20, at SneakersNstuff. 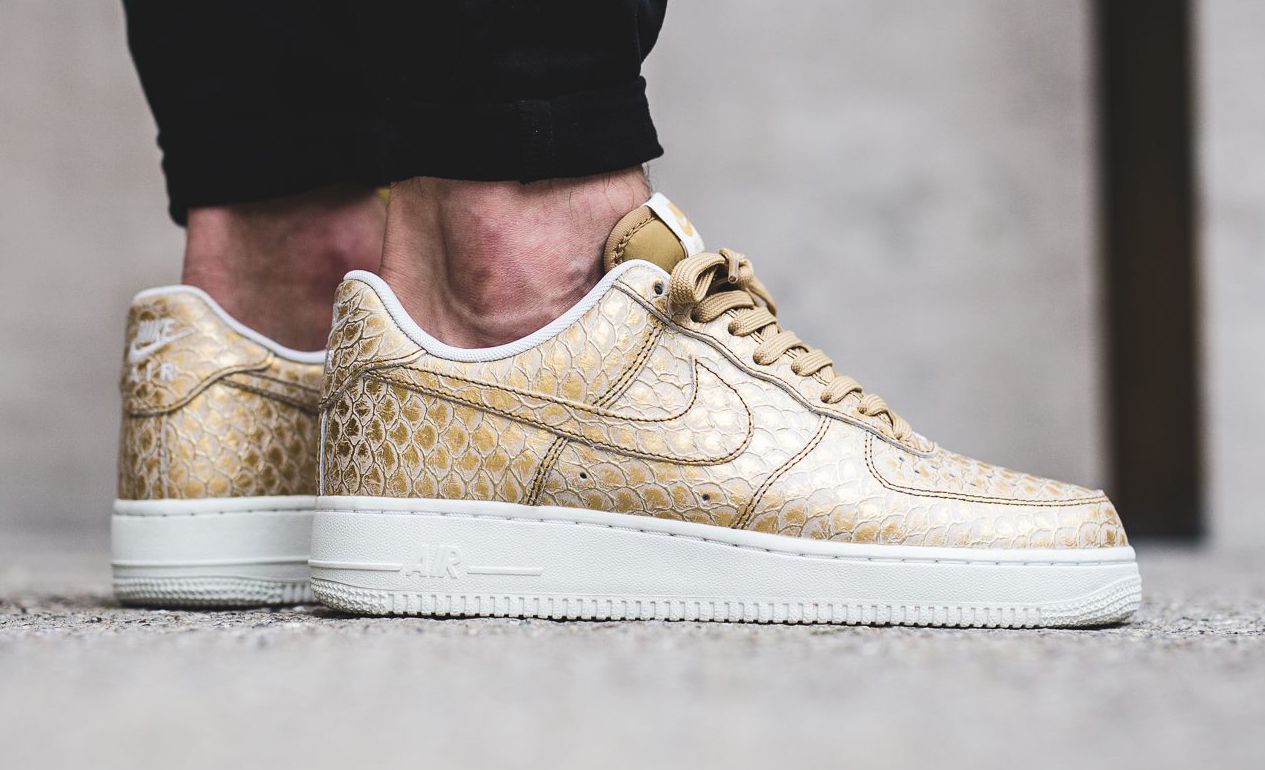 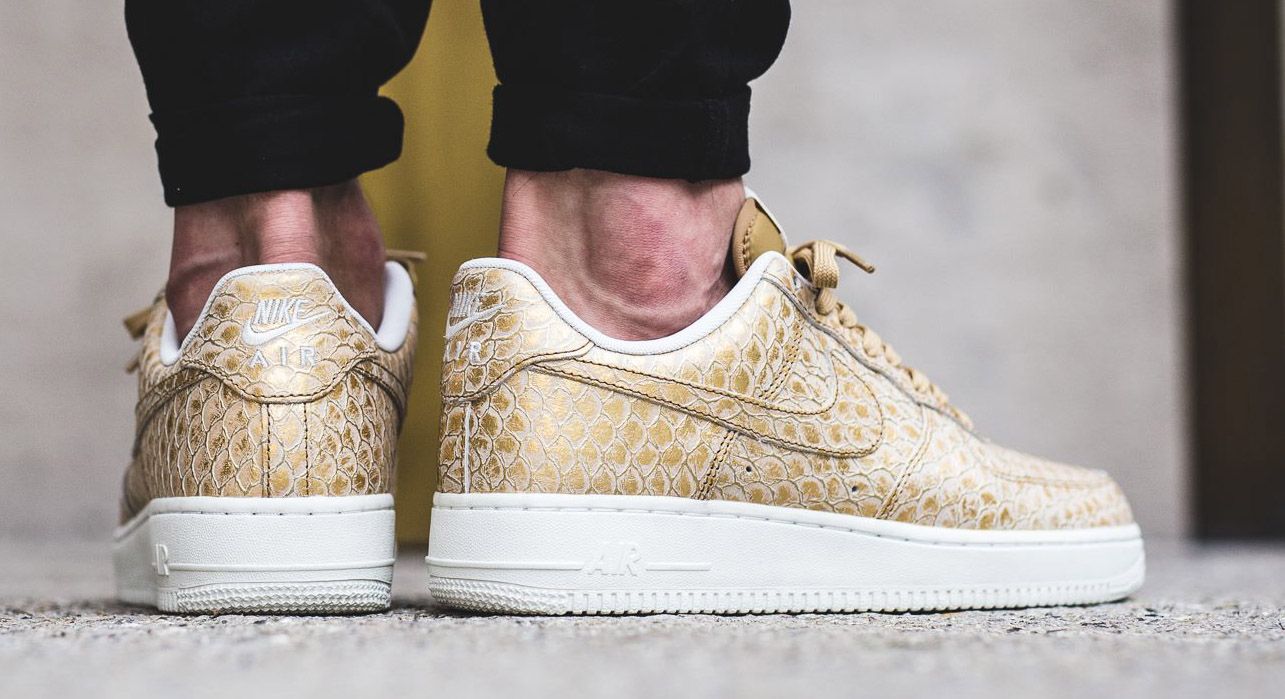