A thorn in the side of USA Basketball for the past 12 years, Manu Ginobili likely played his final international game for Argentina in today's Olympic quarterfinal against the United States.

After a sluggish start, the Americans rolled past their old rivals behind a strong performance by Kevin Durant, who led the way with a game-high 27 points in a 105-78 victory. Ginobili finished with 14 points and 7 assists.

Though Durant eventually sent him home, Ginobili has played Olympic games in custom pairs of the Nike KD 8. His white "Home" and black "Away" colorways are accented by light blue and feature Argentina's flag on the tongues. It's not clear whether these were officially supplied by Nike or a custom job he had done on the side. 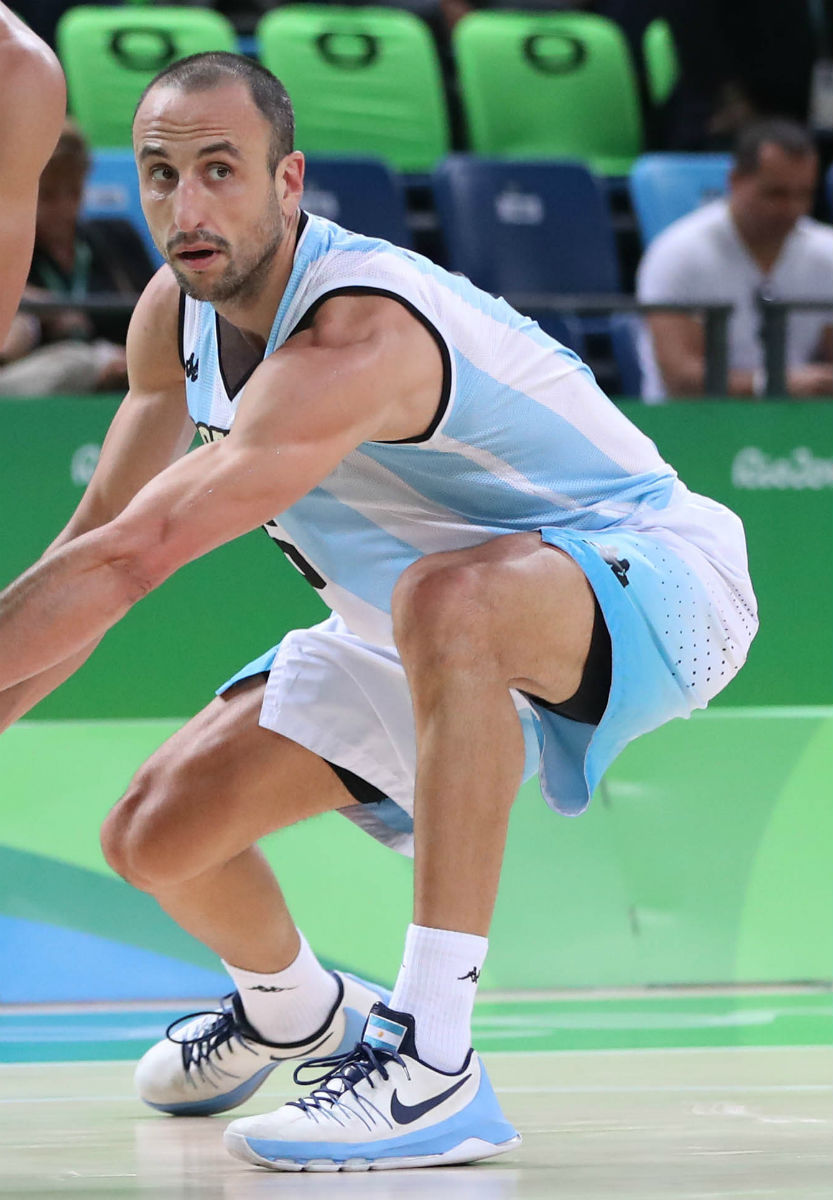 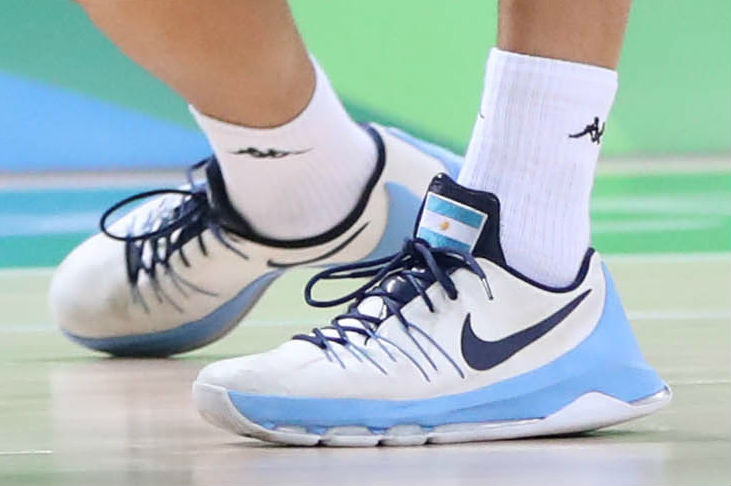 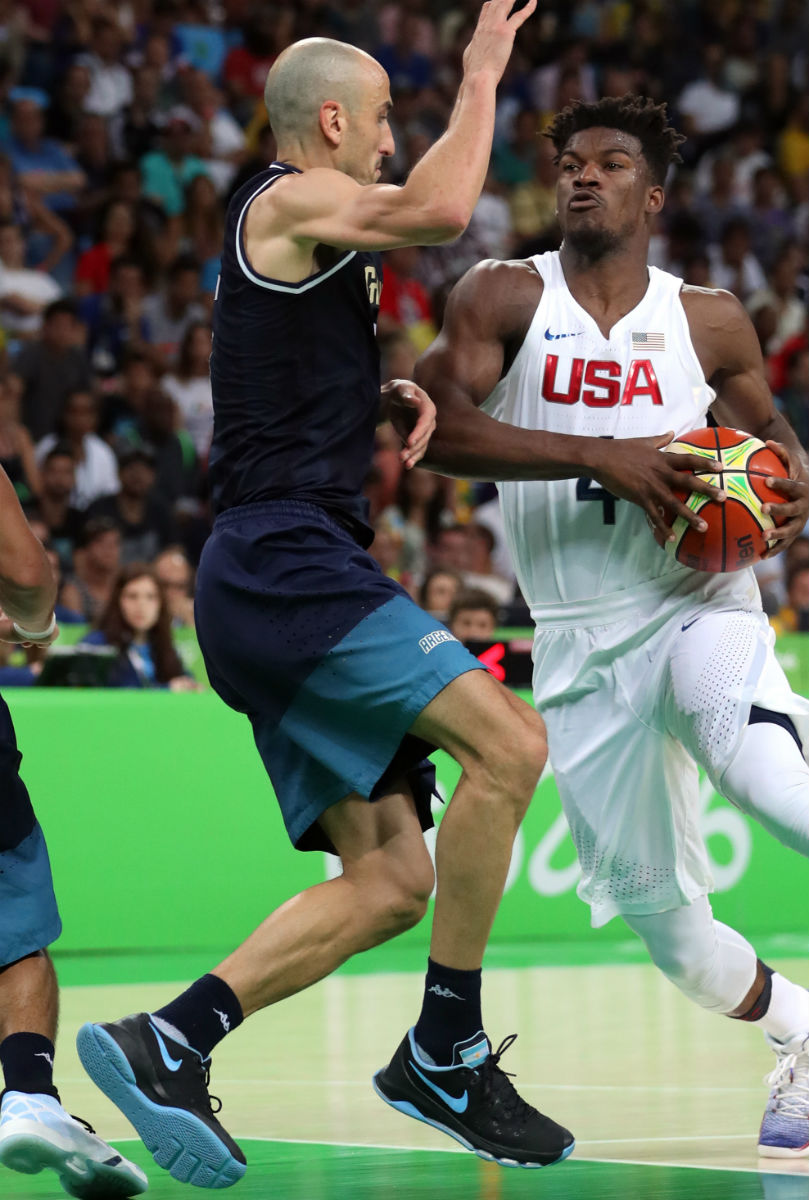 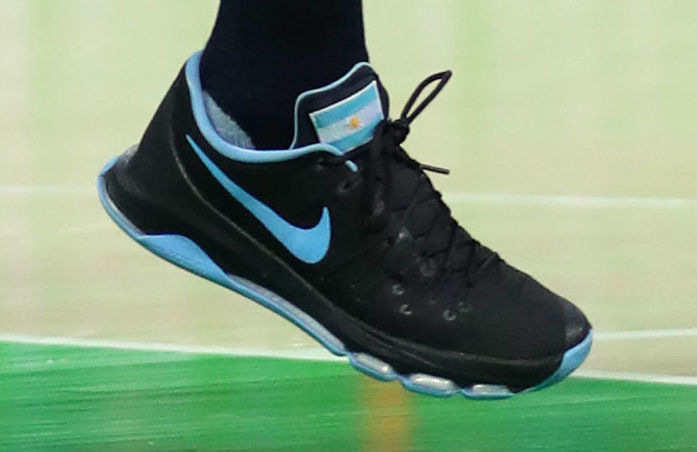 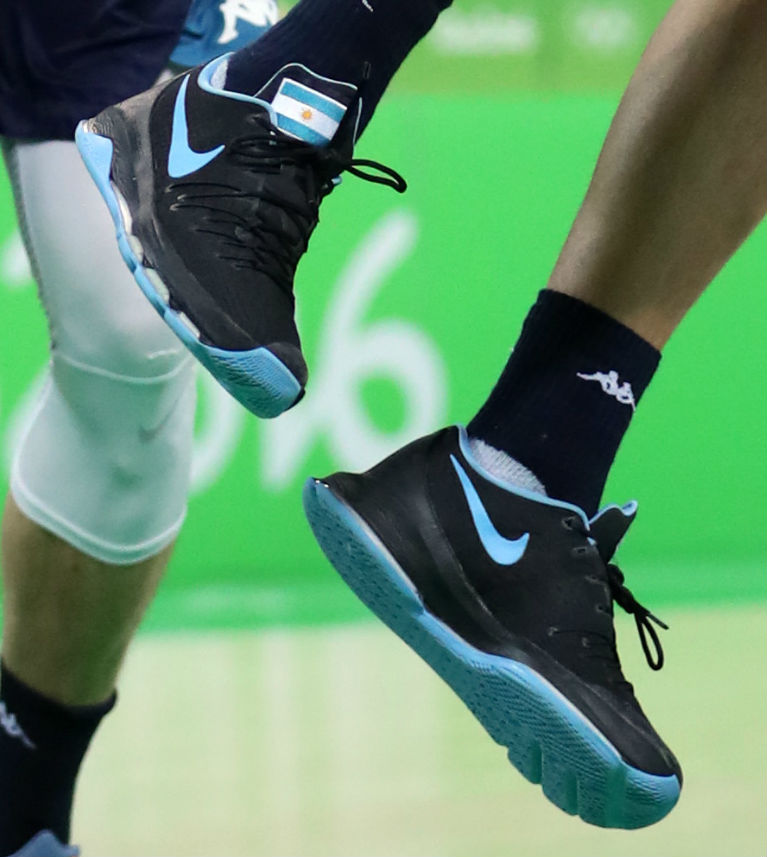 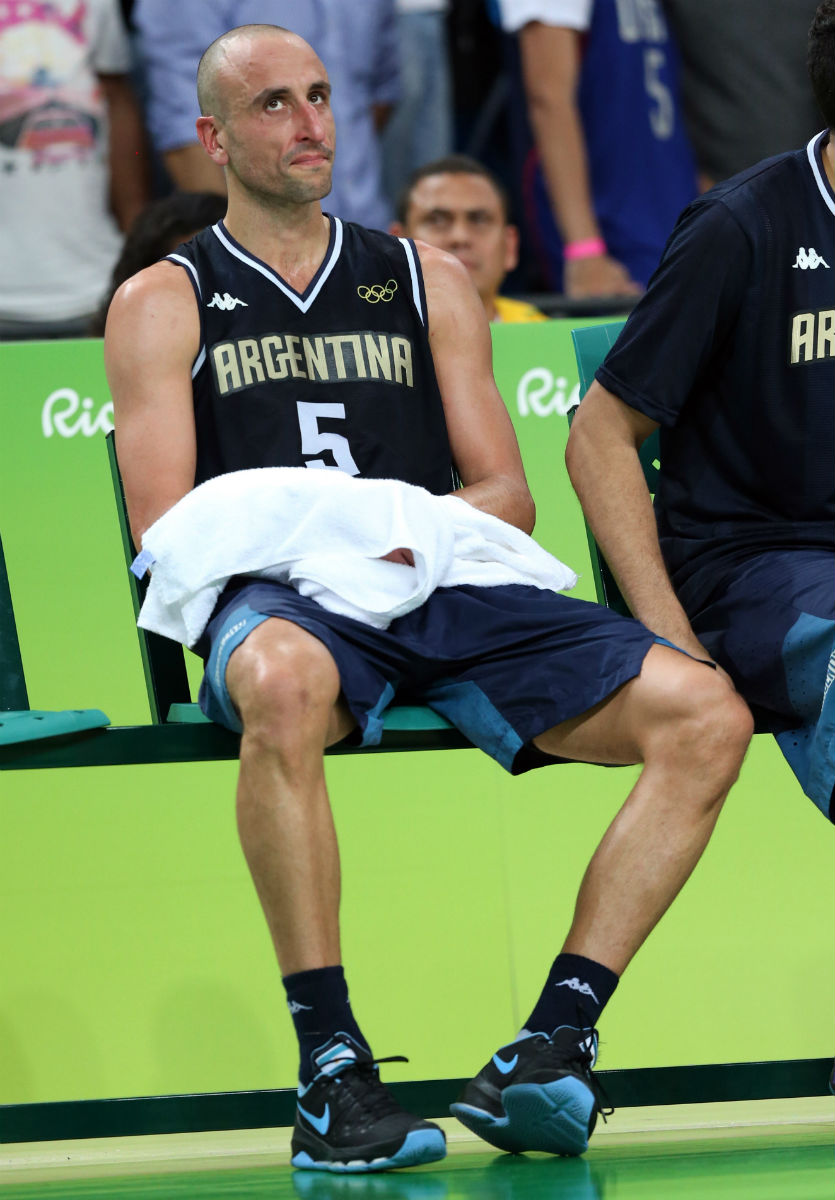